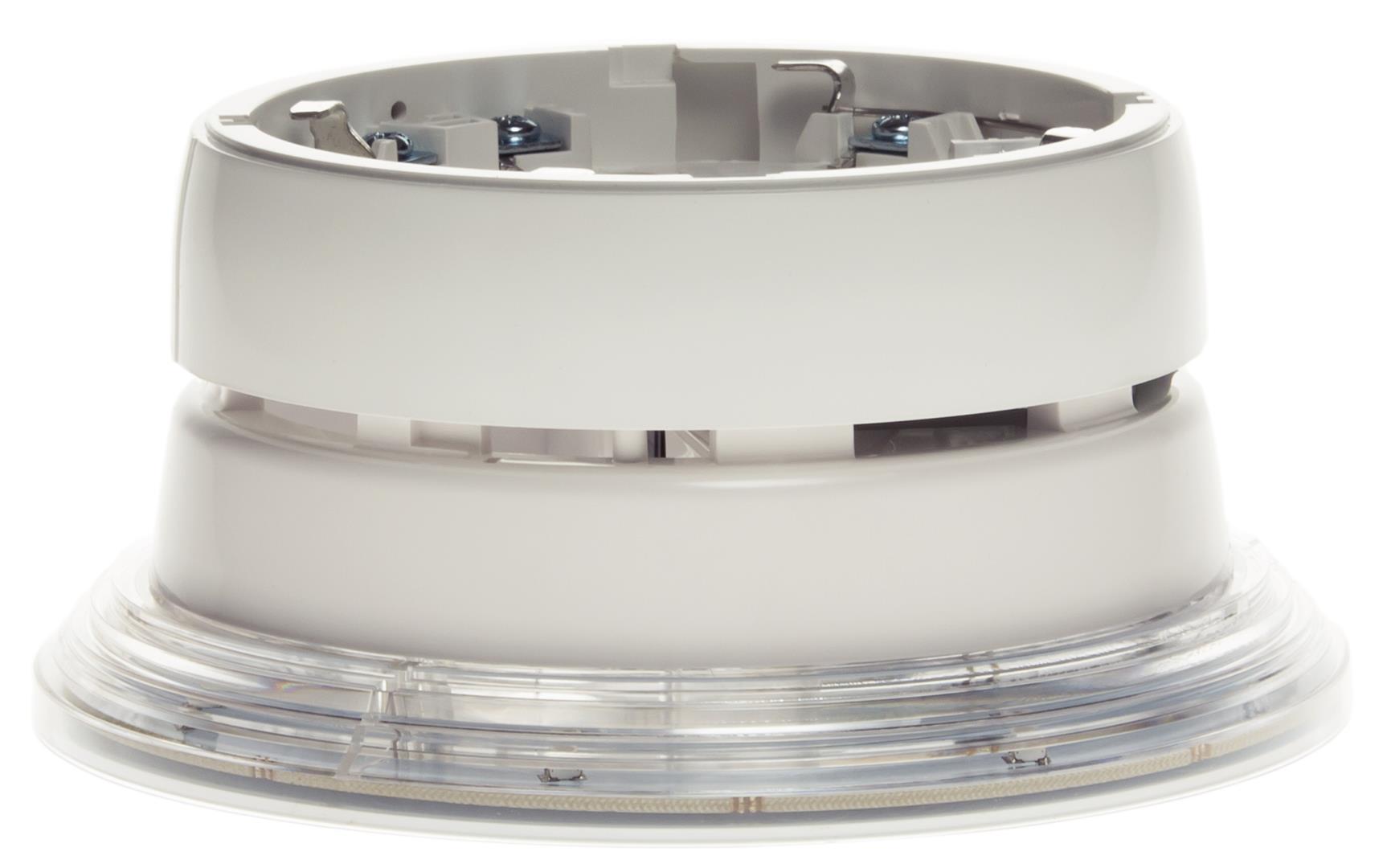 The HFI-EBSB-05 is an aesthetically pleasing low profile Base Sounder with combined 360° visual indicator. When used in conjunction with an associated intelligent detector the unit can be controlled via the cause and effect programming of a compatible control panel utilising the Hyfire digital protocol. The unit has integral DIP switches allowing the independent adjustment of both sounder Volume and Tone settings. The unit’s integral detector base has easy access for loop cabling and allows for the connection of both the sounder and associated detector via a single set of cable terminations.

HFI-EBSB-05 SALES DATASHEET
Get in touch